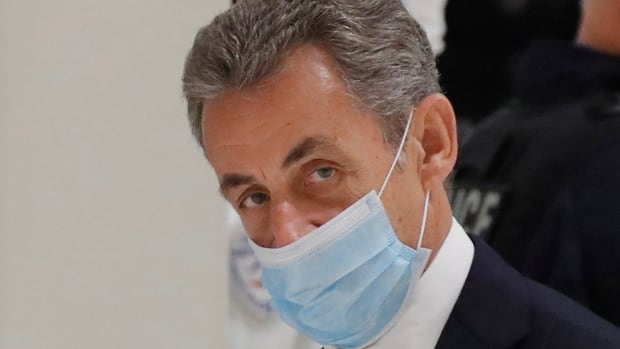 Former French president Nicolas Sarkozy goes on trial Monday on costs of corruption and influence-peddling in a phone-tapping scandal, a primary for the 65-year-old politician who has confronted a number of different judicial investigations since leaving workplace in 2012.

Sarkozy is being accused of getting tried to illegally acquire info from a Justice of the Peace about an investigation involving him in 2014.

He stands trial in a Paris court docket alongside together with his lawyer Thierry Herzog, 65, and the Justice of the Peace, Gilbert Azibert, 73. They face a jail sentence of as much as 10 years and a most advantageous of 1 million euros ($1.5 million Cdn). They deny any wrongdoing.

Hearings are scheduled till Dec. 10.

Sarkozy and Herzog are suspected of promising Azibert a job in Monaco in change for leaking details about an investigation into suspected unlawful financing of the 2007 presidential marketing campaign by France’s richest lady, L’Oreal heiress Liliane Bettencourt.

In 2014, Sarkozy and Herzog used secret cell phones — registered to the alias title of “Paul Bismuth” — to have the ability to have non-public talks as they feared their conversations had been being tapped.

Judges have discovered that discussions between Sarkozy and his lawyer recommended that they had information that judicial investigators on the time tapped their conversations on their official telephones — they talked about “judges listening.”

Sarkozy argued that he by no means intervened to assist Azibert, who didn’t get the job and retired in 2014.

Investigative judges contemplate that as quickly as a deal has been supplied, it constitutes a legal offence even when the guarantees have not been fulfilled.

Legal proceedings in opposition to Sarkozy have been dropped within the Bettencourt case.

“I don’t want things that I didn’t do to be held against me. The French need to know… that I’m not a rotten person,” he instructed information broadcaster BFM earlier this month.

He mentioned he was going through the trial in a “combative” temper.